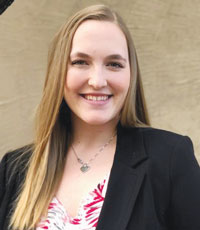 Megan Cordery, graduated with a BS in Animal Science with an emphasis in Science and Pre-professions and a minor in Business Administration. She chose her major in animal science because of her background in raising livestock and the endless possibilities she felt she would have with the degree, including pursuing science related graduate programs. After graduation, Megan will move to Phoenix and continue the process of applying to Physician’s Assistant (PA) school to pursue her goal of becoming a pediatric or family medicine physician’s assistant.

When reflecting on her choice in undergraduate major, Megan says, “My major was extremely beneficial in understanding the correlation between the health of humans and animals. With my interest in the medical field, the ability to compare the human body to other animals, is a useful perspective that will really help my PA school application stand out amongst others. The animal science program also included hands-on experience that allowed me to become familiar with a variety of procedures and equipment that other majors may not have included.”

Megan is honored to receive this award, particularly in a major that contains such an outstanding graduating class, she is amazed by the hard work and dedication of her peers and is grateful to be recognized amongst them. She credits her mom as being her biggest cheerleader and support throughout the past four years. She also found the community that exists within the UArizona campus to be unmatched and will cherish the memories and friendships she has made.

About her time at the UArizona Megan says, “I am really grateful to have had such great professors throughout my college career. I am convinced that ACBS contains some of the most caring and passionate professors that the university has to offer and each of them have improved my college experience. My major advisor, Christina Garcia, has been a lifesaver more times than I can count, and I absolutely could not have gotten this far without her.” 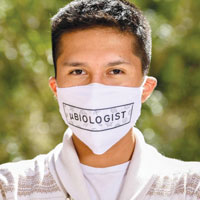 Justin Billy was born in New Mexico in the Four Corners region and received his Bachelor’s of Science degree in Microbiology. About his major, Justin says, “I selected my major because bacteria offer great insights on what kinds of tools humanity can build upon, from generating insulin to vaccine development”.

During his time at the UArizona, Justin participated in the McNair Scholar Program, a competitive program designed to prepare undergraduate students for doctoral studies through involvement in research.  Additionally, he was named as a Chief Manuelito Scholar from the Office of Navajo Nation Scholarship. The scholarship recognizes high achieving high school graduates, with the goal of encouraging Navajo people to seek education and protect and preserve Navajo tradition and culture.

Justin would like to recognize Dr. John Wilbur, for his ability to translate complex scientific concepts and provide substantial advice on how to become a better scientific communicator. He would also like to thank his mother, for instilling the values and skills in him to achieve what he sets his mind to, even when life throws a curveball his way. About receiving the Outstanding Senior Award in his major, he says, “I did not anticipate seeing myself in a position to receive this award, however, when I reflect on the work I put in during my junior year during a pandemic, I feel honored and proud that I excelled as an Indigenous student in my undergraduate career.”

Following graduation, Justin will continue his training as a scientific researcher by pursuing a doctoral degree in Microbiology at the University of Wisconsin-Madison. He plans to conduct research that strengthens global biosecurity by identifying how diseases interact with the body, developing novel non-antibiotic interventions, or monitoring zoonotic agents for policy formation. Beyond his research he aims to help create scientific outreach programs that inspire young individuals and to pursue new avenues of science communication. 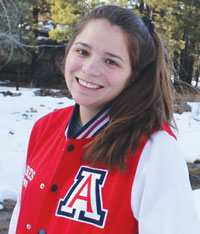 Reilly Scheppers was born and raised in Longmont, CO. She received her Bachelor’s of Science degree in Veterinary Science with an emphasis in Applied Animal Behavior, as well as a minor in Spanish. She originally chose to major in veterinary science because of her interest in animal physiology but then discovered a passion for companion animal behavior through her coursework.

Overall, Reilly’s favorite part about attending the UArizona was the people she met through the clubs she joined. Attending school out-of-state meant she knew no one on campus which she found to be an incredible opportunity to meet new people. About which she says, “I have made friendships during my undergrad that will last for a lifetime”.

After graduation, Reilly will begin a job at a veterinary clinic in Boulder, CO and plans on attending veterinary school in the future. She feels incredibly honored to receive this award and finds it rewarding to know that her hard work over these past four years has paid off. Reilly goes on to say, “I would like to thank Dr. Coppola for nominating me for this award! Dr. Coppola has been my favorite professor and she always motivated and challenged me throughout her behavior courses. My time here at the University of Arizona will always have a special place in my heart and I can’t wait to see where life takes me next!”.